Why do we call tapas to the tapas?

Politicians, citizens and, of course, restaurateurs, we want Spanish tapas to be declared a World Heritage Site. Well, more exactly, Intangible Cultural Heritage of Humanity. Although immaterial, the truth, they have little: rather Frugal Cultural Heritage we would call it, since it lasts little since we put it on the bar until the diner eats it. But we agree on one thing: it is a good, healthy and should be maintained above all else.

Now where does it come from? In the text published in the Boletín Oficial del Estado where such illustrious recognition is requested, a section called ‘Legends of origin’ is included in which Alfonso X the Wise, the Catholic Monarchs, Ferdinand VII or Alfonso XIII is mentioned, because  is cool is to attribute to aristocratic pedigree things. 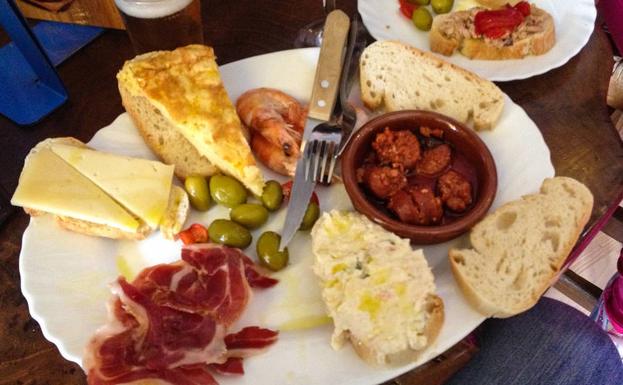 They say the bad tongues (or the good ones, that is never known), that the term has been used since the beginning of the 17th century, when the innkeepers already discovered the secret of feeding something salty so that the visitor demanded more wine. But it is not until the end of the twentieth century that the cover began to be called cover. Or so they tell us in Las Provincias: “This last word was the one that was used in Cádiz in 1897, when the book ‘Spain at the end of the century’ was published, where it is told, about a visit to the Cadiz capital, which In their mountain shops the rounds were inevitably accompanied by “what they call saucer here, a gift that the owner makes to the consumer and its importance depends on the order”.

Why they ended up calling themselves tapas is not so clear, but there are references by José María Sbarbi from Cádiz in his dictionary of idioms and sayings that the cover comes from “throwing one of the tops and half soles”, which meant to take a bite out of the meal hours And there are also references in 1904, in an article by the journalist Nicolás Rivero Muñiz, who says that during his time in Seville he discovered how in the famous sale of Eritaña of the time he “got fed up” to flat-faced guys capable of resuscitating a dead man “. And … what were they? Well, nothing more and nothing less than small glasses of chamomile with a slice of sausage or ham placed as a lid on top.

Be that as it may, we support the universal declaration of the cover as a world heritage site and part of the foreigner, immaterial or frugal and forevermore ;-).