Why are people from Madrid called cats?

We were recently asked this question … and as today is International Cat Day, we thought it was a very good time to tell you the origin of this legend.

For this we have to go back, around the year 852. At that time Spain was dominated by the Arab invasion and Muhammad, son of Abderramán II, founded the town of “Mayrit”.

In this town a fortified fortress would be constructed, that would have the dominion of the mountain range of Guadarrama and the valley of the Manzanares. The wall that protected the town was built with the stone extracted from the quarries of the Sierra de Madrid.

Inside the walled enclosure a citadel and a mosque were built; The latter would be called “Almudaina.”

Located in a strategic place, the town of Mayrit, was the subject of numerous attempts at conquest. Thus one of the first would be Fernán González, followed by Ramiro II de León, who despite damaging his impassable wall, did not achieve the proposed objective.

These attempts of conquest, would only serve so that Caliph Abderraman, gave order to further fortify the town …

But it would do no good such a comprehensive armor, which would surrender to the skill and courage of a brave soldier. And in May 1085, the troops of Alfonso VI, will embark on an ambitious project. The king’s intention was to free Toledo from Muslim rule; but as a great warrior he was, the monarch considered that 60 km from Toledo, Mayrit was a fortress of great strategic and tactical relevance, and that it would first be necessary to seize it. 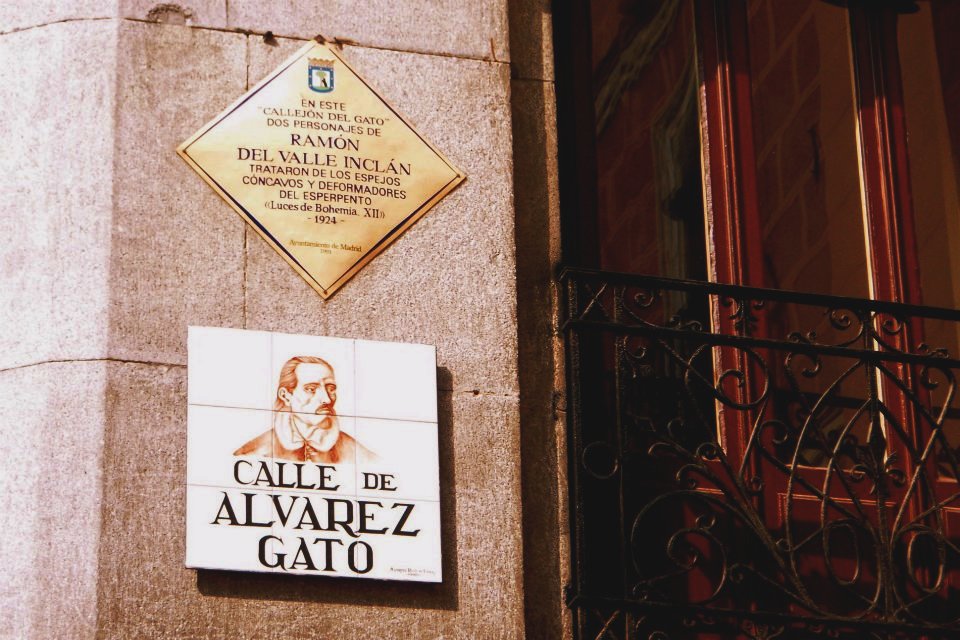 For this he led his troops to the fortification and prepared them for battle. Thus, at dawn the king’s troops quietly arrived at the Puerta de la Vega, to catch the enemy by surprise. There he realized that it was a difficult task, since the wall that protected the city was 12 meters high. But to the surprise of those present, a brave and young soldier of the king, went to the wall and began to climb with an amazing ability, with the sole help of a dagger. Such was the skill of the young man that the king exclaimed: “It looks like a cat.”

When the daring boy overcame the wall, he went to one of the towers of the fortress and withdrew the Arab flag and instead placed the Christian badge.

From this unusual fact, the soldier would be known as “cat”, nickname that also extended to his offspring.

As for those who could hold this “title”, it seems that initially it was limited to those who at least their two parents were also born in Madrid. But over time it was extended to the mere fact of being born in Madrid.

And so far this curious story. This is how the nickname “cats” to Madrid, goes back to the legends of medieval history.