riding a bike in madrid

The bicycle has proved to be a very efficient modal mobility option in many cities around the world, which are being developed today with an eye on two wheels.

Its qualities are beneficial for health, for the environment and for the occupation of urban space, which are making it a common element in our streets.

There are those who say that Madrid is a city unfit to move by bike, and they don’t lack much reason. Pedestrians and drivers still seem unclear that the bicycle is another vehicle with the same rights to drive.

However, Madrid is a city with several alternatives so you can ride a bike taking advantage of the different sections enabled to enjoy the bike in an urban circuit. 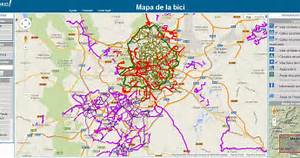