Here there is no beach, but there are fountains

With summer, the famous song made by the Spanish group Los Refrescos always comes to our minds: “aquí no hay playa (here there is no beach”. And it is true … It is the only thing missing from our beloved Madrid. But, since you can not have everything, we change the beach by the fountains: tremendous monuments that are the source of inspiration and a lot of history.

Why did not you know that Madrid has the only sculpture dedicated to the devil?

Lucifer crowns this monument collecting the beginning of the myth of the Fall. It is one of the monuments that most attract the attention of the city, and has a curious history behind. Towards 1877, Madrid-born sculptor Ricardo Bellver was inspired by Milton’s book ‘Paradise Lost’.

He presented the work at the National Exhibition of Fine Arts and won the First Class Medal. The State bought the statue, and a bronze foundry was made in Paris.

For a short time it became part of the Prado Museum, but in 1879 the City Council asked to use it as a decoration in the Retiro. Francisco Jareño designed the pedestal, and Lucifer was placed at elevation 666 above sea level. Since then it has attracted the attention of tourists. 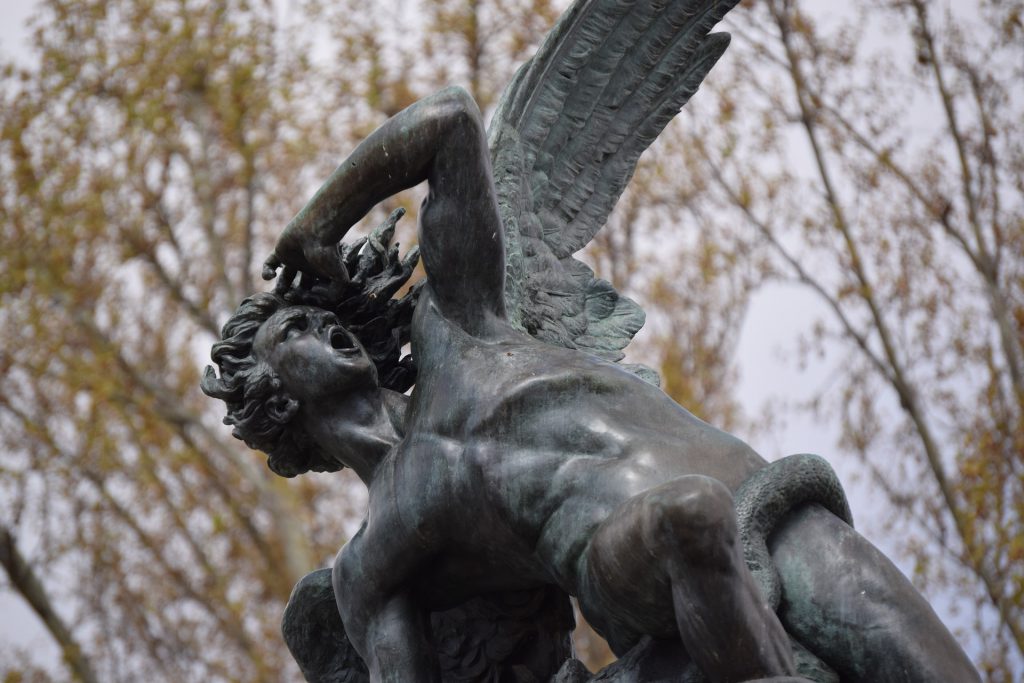 The Fuente de la Cibeles is known internationally. But that belongs only to its recent history. It was built by Francisco Gutiérrez in 1782 during the reign of Carlos III, and this statue belonged to a much more ambitious plan of Ventura Rodríguez.

Next to it rose the fountains of Neptune and Apollo, and several of the buildings of the Paseo del Arte. The goddess Cybele belongs to classical mythology and represents the earth. In this piece is accompanied by the lions Atalanta and Hipómenes, the same as we see in the Palace of Congress. 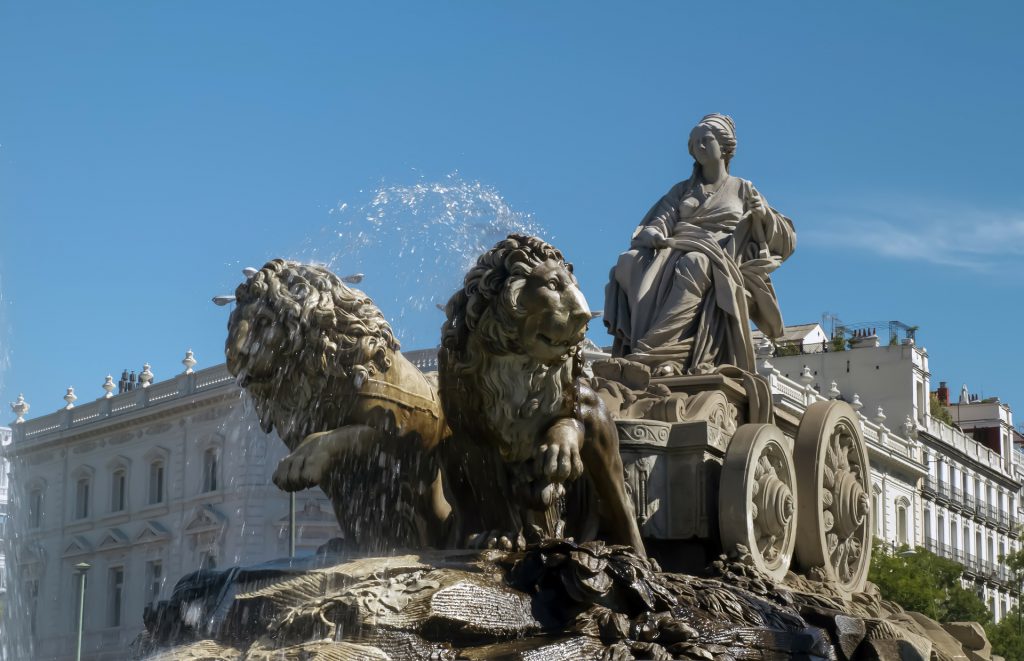 The Monument to Cervantes, and the fountain in which it is contained, is a wonderful place in Madrid. Few people know the reason for such a statue in a place like this, and what it represents. We will give some clues. On the one hand we have Cervantes, seated on a throne sculpted under the obelisk.

In front of him, Sancho and Quixote ride on the backs of their beasts. In the back of the obelisk we find twenty escudos, one for each country that in 1915 spoke Spanish. In the highest part of the monolith there is a ball of the world surrounded by five women reading. One woman per continent. 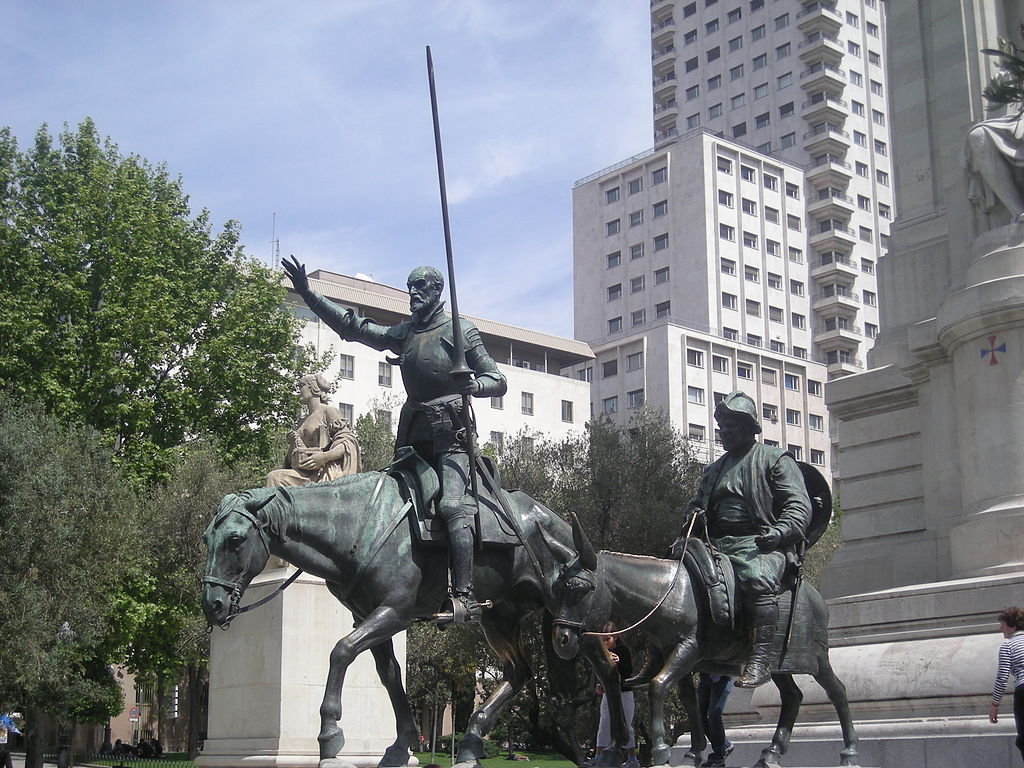 Yes, very nice to see and visit, but in none of it we can bathe. For that, there are many swimming pools that can help you cool off.