We keep talking about Christmas in our blog, and the truth is that we enjoy it so much, so much, that we love to enjoy these themes. Today we are going to talk about 3 Christmas icons that identify our capital on these dates and that make it, without hesitation, unforgettable.

The origin of taking the grapes

It seems to us that it has been making the whole history of humanity, but the truth is that it does not.

Taking grapes at midnight was from the beginning of the 19th century a bourgeois custom in Germany and, above all, in France. In the neighboring country they were paired with champagne to the sound of the midnight bells of any day in which family or friends gathered. This luxurious custom soon fell between aristocrats and rich Spaniards. The press picked up these new trends somewhat despotic.

In 1882, the prohibition of Christmas rounds with outsiders led to a popular mockery at Sol. There, hundreds of neighbors gathered on New Year’s Eve in 1882 to satirize bourgeois customs and appropriate their legacy. A few years later this tradition became popular throughout Spain. A trend that is already part of our cultural heritage and has penetrated in different Spanish-speaking countries.

What were the foodies luxuries at Christmas (gastronomic fashions)

Madrid has always been a very gastronomic capital. Over time, their stoves have been adapting to new trends and retaining the best of previous times. In the nineteenth century, the press collected Christmas recipes and strolled through the Market of the Plaza Mayor where instead of tacky wigs you could find live turkeys or ready to cook with stuffing, wines or fish.

Of course, nougat and hams had an important presence at this time when the city surrendered to gluttony. The star dishes were sea bream, stuffed turkey, Laredo tuna, salmon, barnacles, Trévelez ham or sirloin. For dessert, polvorones, garrapiñadas, marzipan and nougat from Jijona were not missing at the party.

Sparkling and wines, depending on the real ones that were in the wallet were preferred to pair such delicacies. In the humblest homes, the fire of the fire and the food on the table were watered by a Clarete de Valdepeñas. The aristocrats chose French champagne. For many people in Madrid, it was the only night where they could enjoy these products for the wealthy classes. A foodie luxury as irresistible as those that populate our copious tables on Christmas Eve.

The face of fortune: the long-awaited Christmas lottery

This illustrious Madrid is undoubtedly one of the icons of Christmas in Madrid. The lines before your lottery administration are part of the Christmas urban landscape. It all started in a small store on San Bernardo Street in 1904. Pablo’s four sisters started a business where they could hardly imagine the impact it had on the city. Manuela soon began to stand out for his sympathy and a trip to Lourdes.

After that visit, the lottery began to give important prizes which led him to unseat Candido, a refined character whose short stature and mustaches gave him an aspect of the fate of luck that made him famous. The business already converted into Doña Manolita moved to the Puerta del Sol and Gran Vía, from where the most famous lottery continued to distribute prizes until her death in 1951. A symbol of fortune that accompanies Madrid people every Christmas.

And we, by the way, have been selling a tenth that commemorates our year of birth for several years. If you feel like it, you know, stop by our establishment. 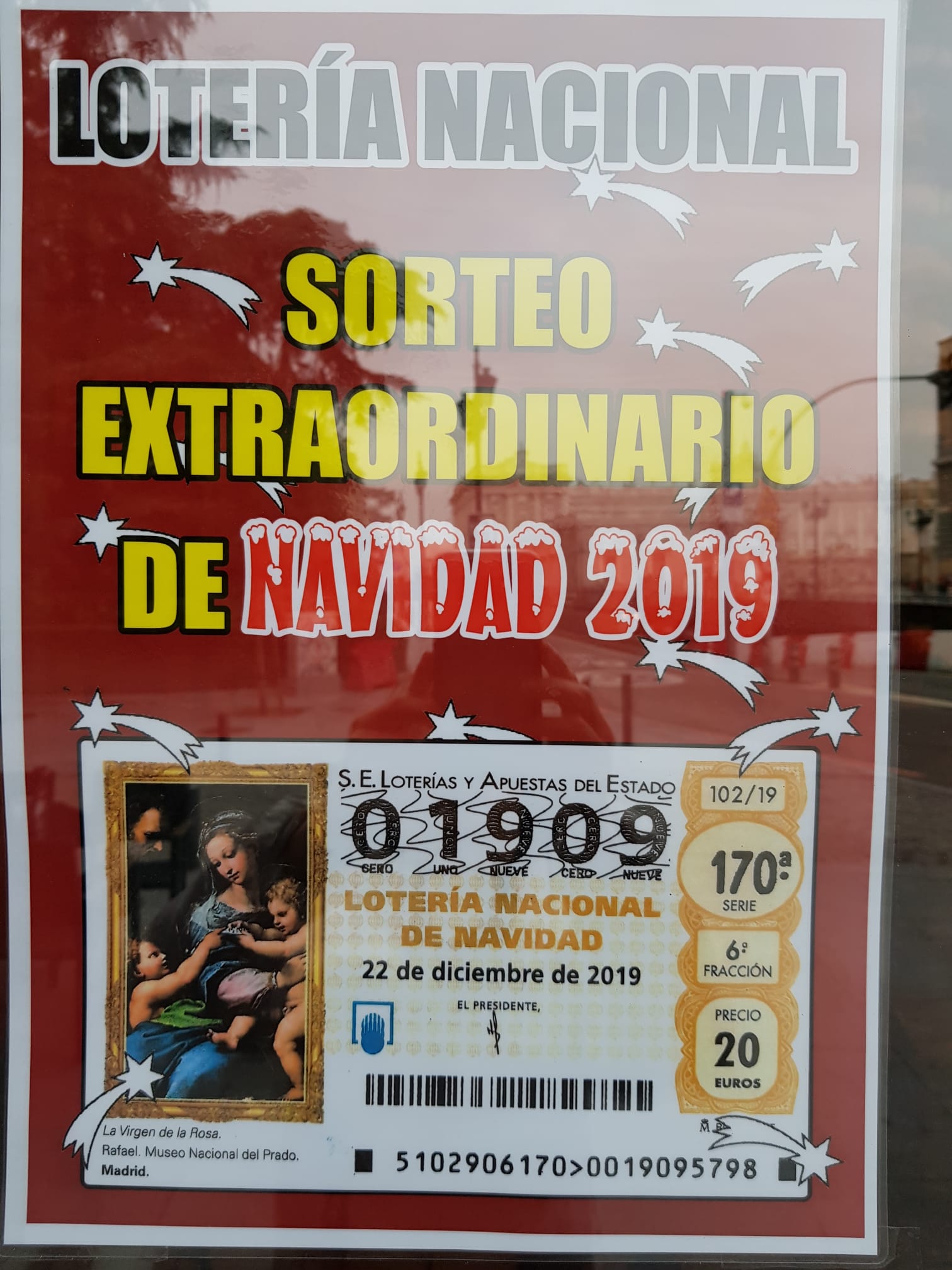